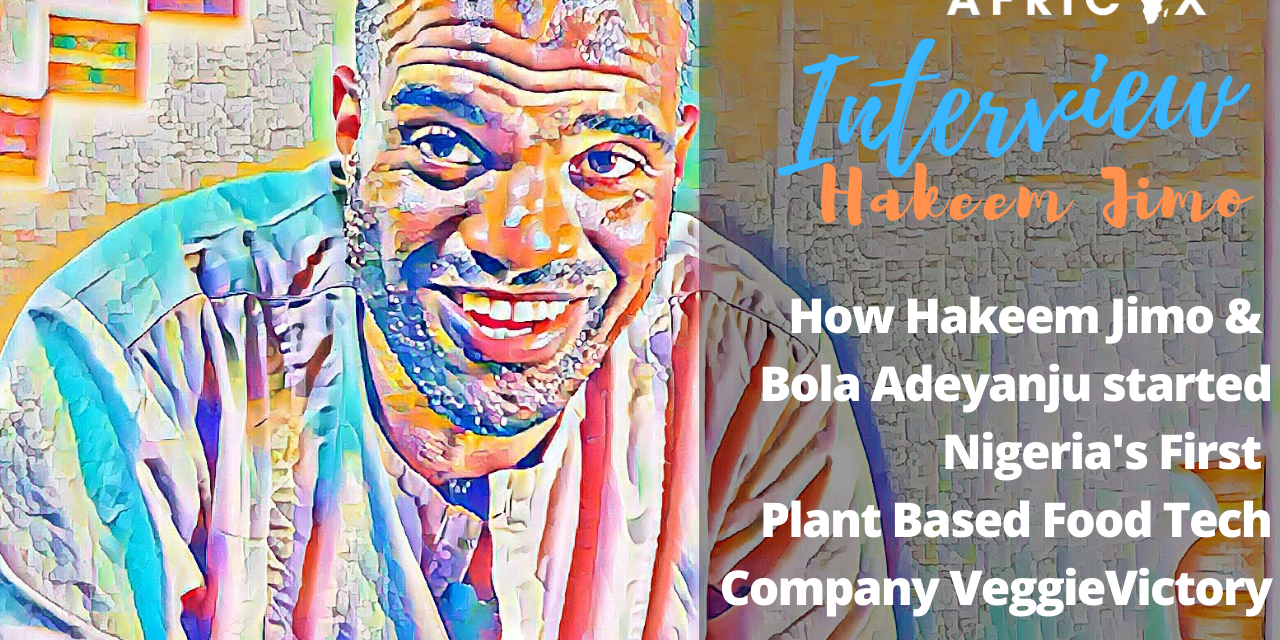 Meet Hakeem Jimo, the co-founder of VeggieVictory, a Lagos based company that was the first to introduce vegan meat substitutes into the Nigerian market on a commercial scale.

Hakeem and his wife Bola Adeyanju started VeggieVictory as a vegan restaurant, after Hakeem, himself a vegan for many years, came back from a trip to Asia where he found many vegan restaurants through the app HappyCow. Back in Lagos, he didn’t find a single one. So he and Bola decided to change that.

Once the restaurant had taken off, they wanted to reach more people and decided that instead of starting more restaurants, they would bring out a product, a 100% plant based meat substitute on soy and wheat basis that is suitable for the Nigerian cuisine and unlike many more premium priced meat alternatives abroad, is actually cheaper than meat.

In the interview Hakeem shares about

We also get a taste of VeggieVictory’s veg-Suya, which tastes amazing and hear what Hakeems advice for young Nigerians is.

There is a lot of gold in this interview for budding foodpreneurs and so we hope you enjoy this conversation as much as we did.

This website uses cookies to improve your experience while you navigate through the website. Out of these, the cookies that are categorized as necessary are stored on your browser as they are essential for the working of basic functionalities of the website. We also use third-party cookies that help us analyze and understand how you use this website. These cookies will be stored in your browser only with your consent. You also have the option to opt-out of these cookies. But opting out of some of these cookies may affect your browsing experience.
Necessary Always Enabled

Any cookies that may not be particularly necessary for the website to function and is used specifically to collect user personal data via analytics, ads, other embedded contents are termed as non-necessary cookies. It is mandatory to procure user consent prior to running these cookies on your website.