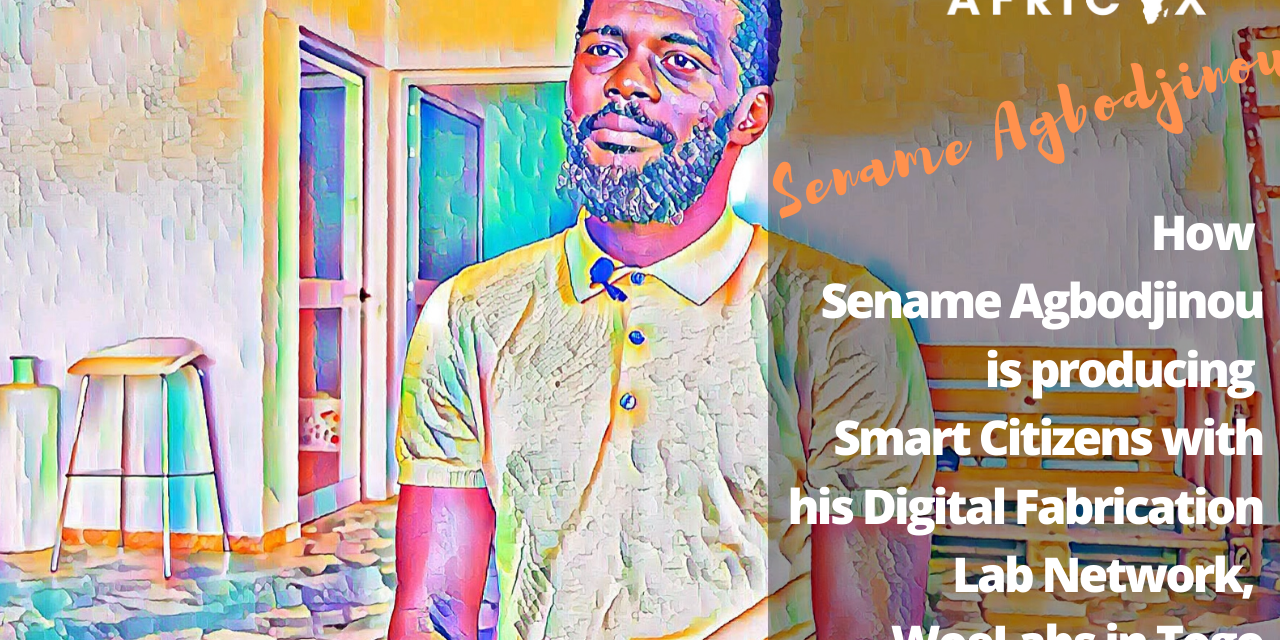 Meet Sename Koffi Agbodjinou founder of Woelab in Lomé, Togo and Ashoka Fellow. Before you jump into the full interview, let us just say, that Sename is working on one of the biggest visions we have heard of so far. He himself calls it a utopia. And yet, while some of the ideas he has remain utopian, there are many very tangible results that were already achieved.

The labs are open to everybody, free of charge and anyone can get trained on technology. Each lab is working on and launching projects that can make a change in the immediate environment of 1 square kilometre.

So a network of spaces like this all over the city would represent a new approach to what a smart city could be. It is an invitation to think smart cities differently. Not as what we usually picture as futuristic cities but as cities that empower and enhance the capacities of citizens that can then tackle urban challenges with ‘homegrown’ solutions, through technology and entrepreneurial thinking, challenges such as waste management, food production, mobility etc.

The results so far are tangible: In 2013 WoeLabs had built the first “Made in Africa” 3D printer from e-waste and in 2016 WoeLabs had already spun off 11 startups and provided numerous opportunities for young people in its community.

At the moment of the interview with Sename in August 2019, there were two WoeLab’s in Lomé with the third one coming up.

His long-term vision: 1000 Labs in Lomé that work as an innovation space grid that can serve as infrastructure to quickly roll out projects that work in one lab to the entire network, including the the usage of their own means of exchange for products and services.

Upcycling in Senegal: How Selly Wane transforms trash into furniture with SWANE-Design
July 4, 2022