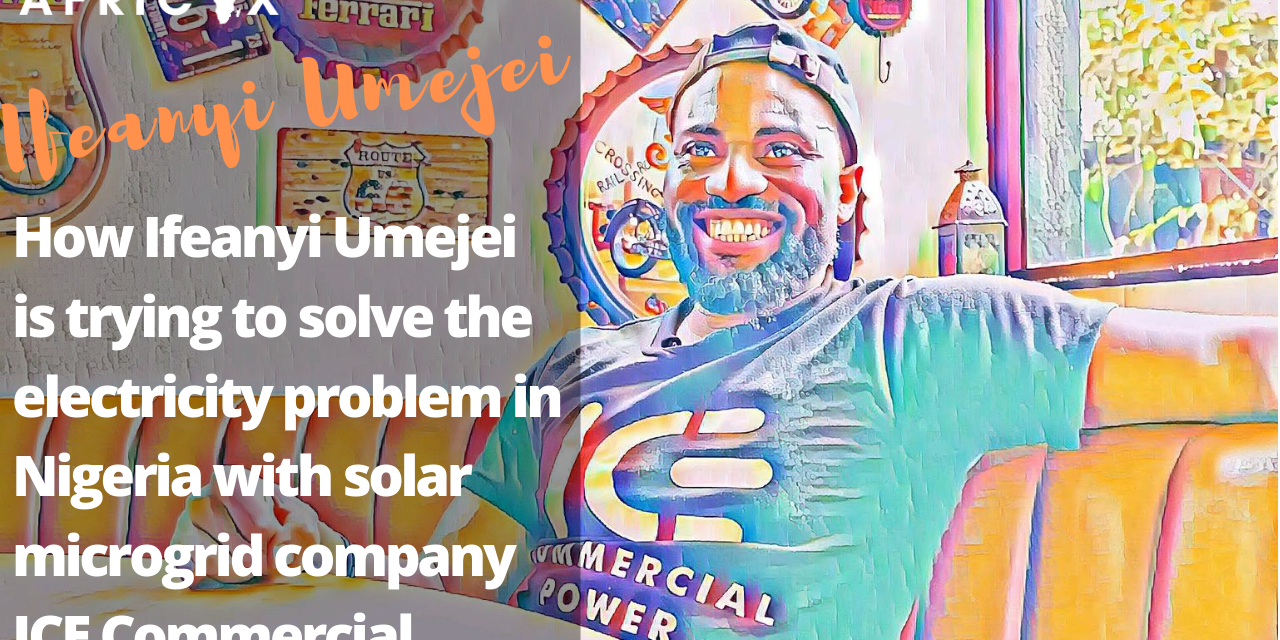 He and his co-founders are on a mission to solve the power problem in Nigeria through solar micro grids. By creating these grids for SME’s, small and medium enterprise clusters, they are able to provide power for businesses, saving them money, allowing them to hire more people, creating more jobs, allowing them to produce more products that they can sell and ultimately helping to drive economic activity.

But not just that, they are also working on solving two additional challenges that, once solved, could lead to much better access of electricity in Nigeria, namely, making the energy infrastructure, such as solar micro grids, investable for institutional investors by securitising loans (more on that in the interview) and leveraging technology to add transparency to both energy offtakers (the SME’s) as well as the power company.

And just to give you some context, of how big this problem that Ifeanyi and his team are tackling is, let me use his words:

Nigeria as a whole has 200 million people and has less electricity than Edinburgh, Scotland which has about half a million people. So the country just doesn’t produce that much electricity and it is powered essentially by generators. And 83% of businesses in Nigeria say that access to electricity is their single biggest obstacle.

So this is a huge issue.

In the interview with Ifeanyi we talk about

and so much more…

There are tons of gold in this interview and we learned heaps from talking with Ifeanyi.

So we really hope that you enjoy this interview as well. And now without further ado, enter Ifeanyi….

You can also watch the full interview with Ifeanyi Umejei, co-founder of ICE Commercial Power in Lagos, Nigeria on Youtube directly.