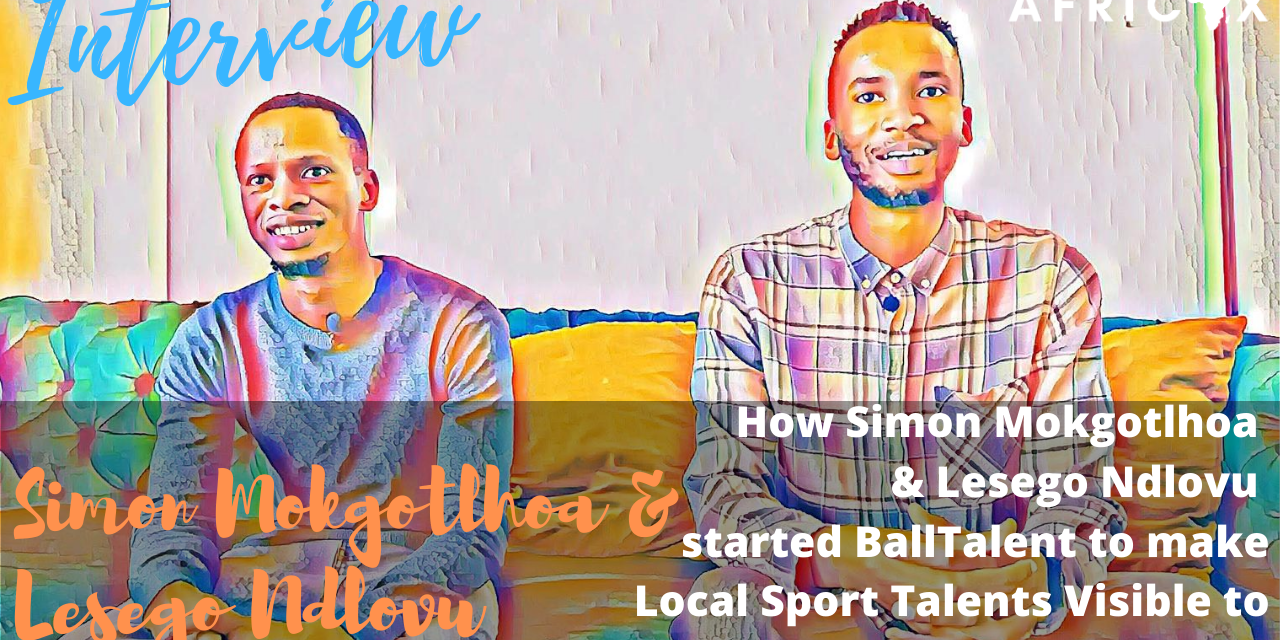 In this episode meet Simon Mokgotlhoa & Lesego Ndlovu, the founders of BallTalent, an online application that showcases young talents in sports and let’s international scouts and clubs, get information like videos and stats on local players.

The two of them came up with the idea when they saw many young talented people in their neighbourhood but observed, that none of them got discovered and drafted into pro-leagues. Thinking that this could change if they gave their neigborhood talent more exposure, they set out to create BallTalent.

In the interview we talk about

We also chat about mental hygiene and the belief systems that the two have adopted in tackling their vision, how family support has played a role in them following and trusting their own path and how books have played a major role in their entrepreneurial journey.

There is a lot of gold in this interview.

So I hope you stick around. And now, without further ado, enter Simon and Lesego.

How Sebastian Patel is driving financial inclusion in South Africa with the Franc Investment App
April 25, 2022

My Virtual Planning: Online Sexual Education in the DRC with Ulrich Kouesso and Flore Yemdjie
December 18, 2021